Your browser is out of date and may not be compatible with our website. By closing this window you acknowledge that your experience on this website may be degraded

How to wear Chelsea Boots

From knee highs to ankle grazers, wellingtons to western styles, there is no such thing as a bad boot. However, with its effortless adaptability and iconic status there may just be one that would claim the top spot if there was a ‘best boots’ chart. All hail the enduring appeal of the Chelsea boot.

This beautiful, adaptable boot has a long and prestigious history. As with many of today’s best-loved and longest-standing inventions, it was those visionary Victorians who first strode forth in this style. In fact, it was Queen Victoria’s cobbler who created the boot, although they were initially called a Paddock Boot and were primarily worn by riders or while out walking.

Their current title came about in the 1950s after they became a style staple for a band of avant-garde trailblazers named after the area of London they chose as their stomping ground. The notorious Chelsea Set included writers and artists, as well as aristocrats and musicians, and they were the influencers of their day. Written about in newspapers and magazines, they led the UK’s fashion renaissance and really kick started the Chelsea boot trend.

Revered by superstars everywhere, including The Beatles and Andy Warhol, the boot quickly became an icon – one that could be worn by anyone. For the slightly more daring, they replaced the brogue in the 1960s workplace, while for many they were really the only style to be seen in on a night out. Today the Chelsea boot is still seen as a footwear favourite for style connoisseurs and is celebrated by modern-day icons, from Kate Moss to Victoria Beckham. 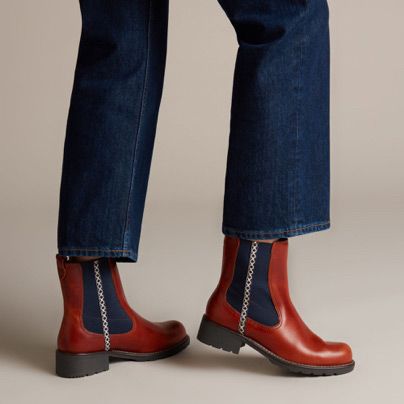 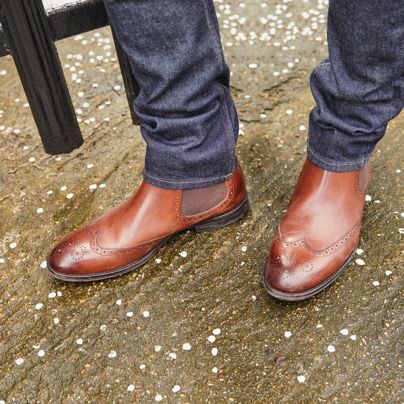 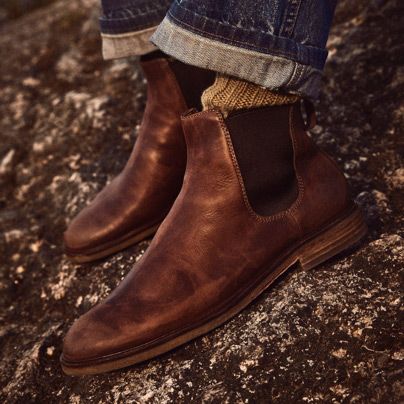 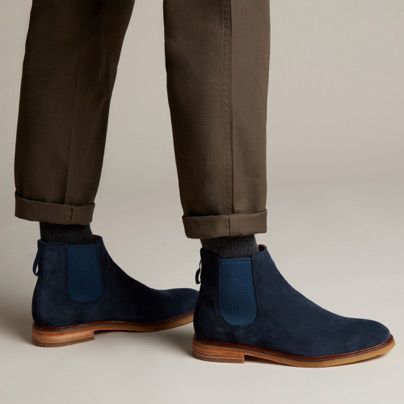 The good news for us mere mortals is that you don’t have to be a fashion icon to wear them.

A beautiful pair of leather Chelsea boots will look just as amazing with jeans as they do with a floaty floral skirt. And while you can pair Chelsea boots with most things, if you want to really nail the iconic look, you need to complete your outfit with a leather biker jacket. There are no age constraints here either, meaning this look is as easily pulled off by Helen Mirren as it is Alexa Chung.

If you feel black is too edgy for daytime, then a tan Chelsea boot in leather or suede is perfect for autumn or indeed, these last days of summer.

For men, well-crafted Chelsea boots will give you endless outfit possibilities. They are so adaptable that no wardrobe should ever be without a pair, whether you opt for suede brown, which will give you more of a country gent look, or black leather, for the ultimate rockstar vibe.

Team them with a t-shirt and jeans for a dressed down look or smarten up by pairing them with chinos. Whatever you do though, be sure to keep your hemline above the top of the boot.

Just remember, whatever style you choose, look after them well, because as with all the finest things in life, Chelsea boots age beautifully and should be treasured accordingly.